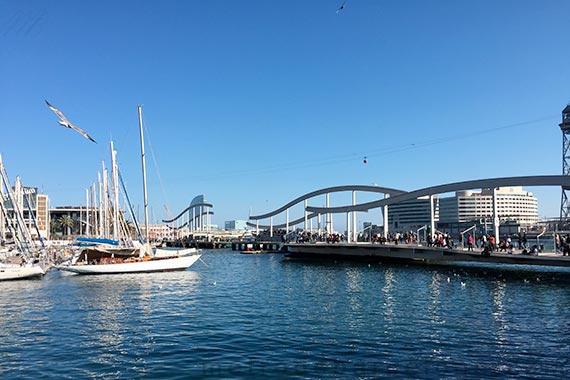 Monuments and tourist attractions around the old port of Barcelona

Accessible at the end of the Ramblas behind the Columbus monument, the old port of Barcelona as its name suggests was rehabilitated after the recovery of the sea front in 1992, following the Olympic Games.
The port of Barcelona is divided into two parts, port vell and port nou (new port), it has a footbridge (Rambla del port) that leads to the aquarim of Barcelona.

La Rambla del mar is a bascule bridge that acts as a pedestrian bridge between the end of the Ramblas and the Moll d'Espanya.
The bridge, which moves with the comings and goings of boats entering and leaving the port, facilitates access to the Maremagnum and the Barcelona Aquarium.

Spread over a total area of 22,000 m2, at the address Moll d'Espanya, 5), the Maremagnum is a pleasant shopping centre located in the Port Vell area.
The Maremagnum's three floors on the water's edge make it a shopping area unlike any other, where the terraces of the bars and restaurants offer exceptional views of Barcelona's old port.

Perched at the top of its 60 meters, at the top of the 205 000 kg of the tower erected in his memory from May 1887 to March 1888, the famous Christopher Columbus shows us the horizon. Accessible via an elevator located in the heart of the Colon Tower, the highest point of the viewpoint offers magnificent panoramic views over the whole city of Barcelona.

Located at the foot of the port vell, near the swing bridge that leads to the Maremagnum shopping centre, the Golondrinas offer the possibility of discovering Barcelona, its beaches and the different elements of the port, from the sea, through small excursions, more or less long, by boat.

At the foot of Barcelona port Vell 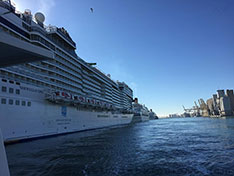 You have just made a stopover in Barcelona in the 4th largest cruise port in the world, and no matter where your boat is anchored, you will arrive at one of the 7 terminals located between the end of the Ramblas and Montjuic.

How to get to Barcelona cruise port 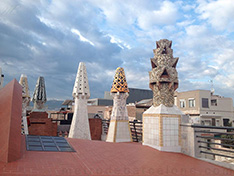 In "Nou de la Rambla" street, a few steps from Colon viewpoint, the Palau Guell is one of the most beautiful works of Antoni Gaudi and contains architectural treasures and ingeniousness not to be missed. 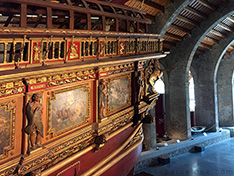 Located at the foot of Port Vell in the historic Drassanes building, the Maritime Museum of Barcelona, MMB (Museu Marítim de Barcelona) protects magnificent reproductions of boats from each period of history. 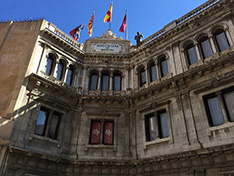 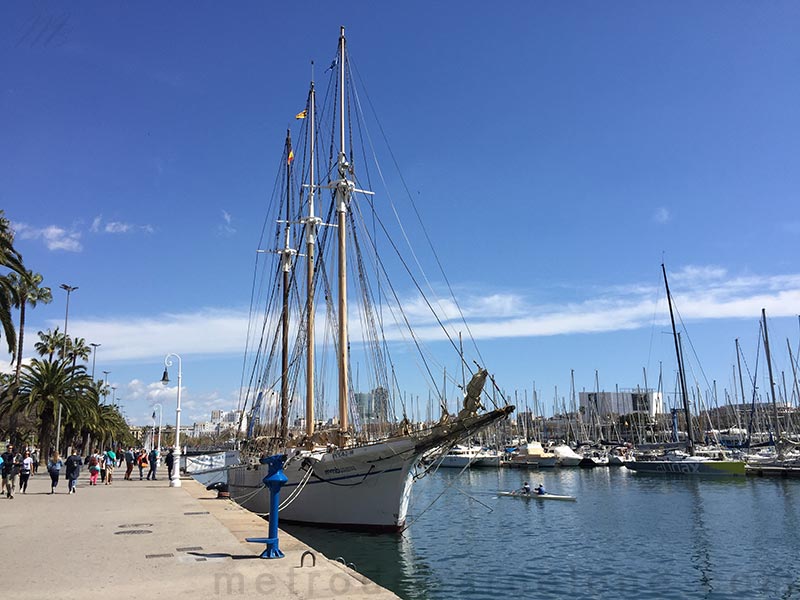 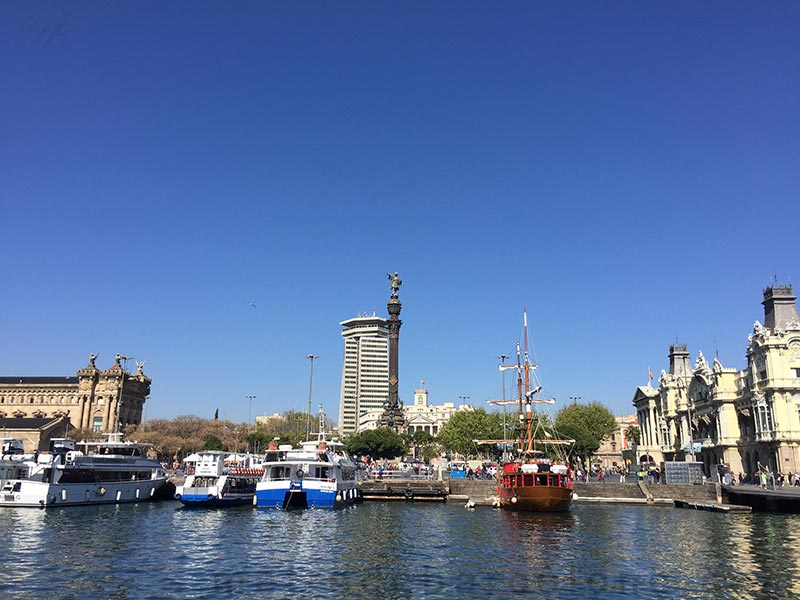 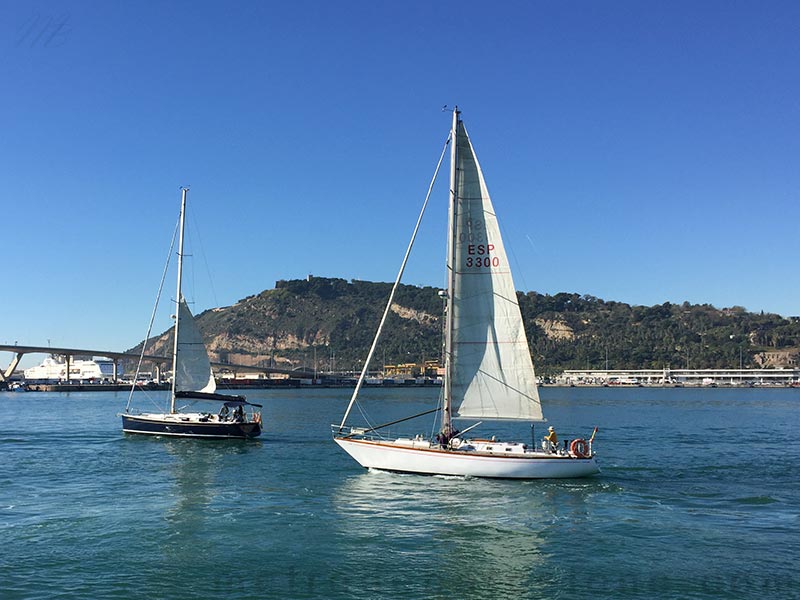 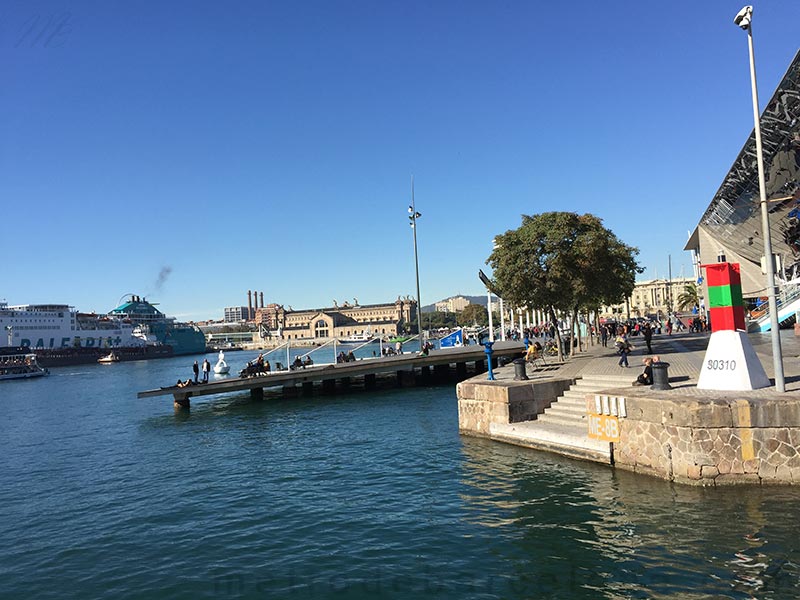 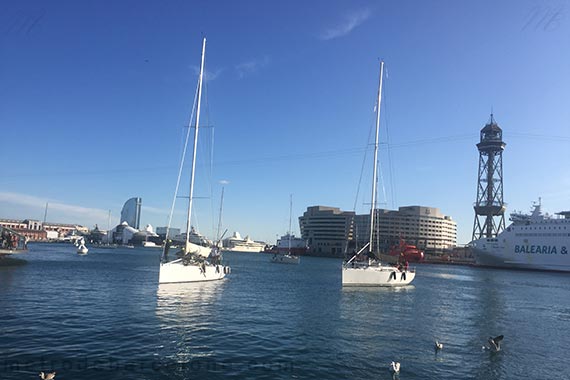 How to get to the port of Barcelona by metro

Where to eat near Barcelona port 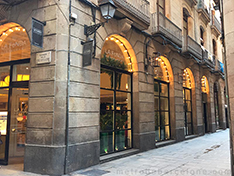 Ideal for taking a break before continuing your visit to the Gothic Quarter, just a short walk from Barcelona's famous Ramblas and the old harbour, the restaurant "La Fonda" offers great traditional local cuisine such as paella or fideua in a very original setting.

How to get to La Fonda restaurant 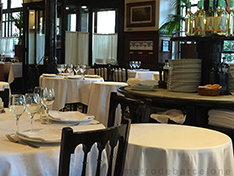 In addition to being renowned for the excellent quality of its Catalan and Mediterranean cuisine, the 7 portes is Barcelona's specialist paella restaurant. Meat, fish, mixed, or black rice, at the 7 portes restaurant of barcelona, all preparations are present.

How to get to Barcelona 7 portes restaurant 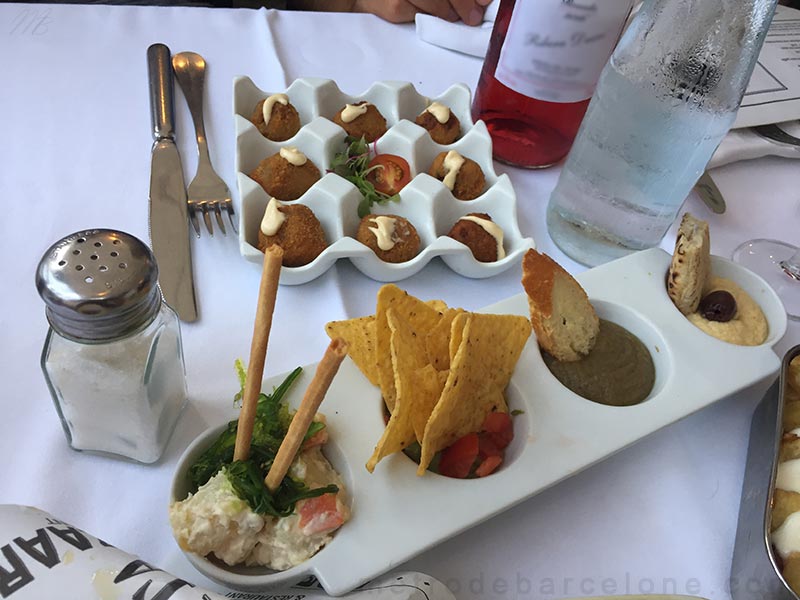 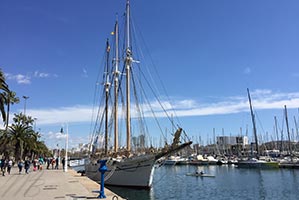 Barcelona Port Vell The old port of the city

Located at the end of the famous Ramblas, Golondrinas, shopping centre, cable car, bars, restaurants, promenades, and many other attractions such as the aquarium or the viewpoint of Colon, make Port Vell, the old port of Barcelona, one of the many must-see sites of the city.