Guided tour of Barcelona by metro

From travel tickets and Barcelona metro fares to the opening and closing hours, from Barcelona jpg or pdf metro map to each lines and stations, find all informations on our Barcelona metro guide and start to plan your routes from places to monuments of Barcelona, by metro.

Composed of colours and numbers, the whole of the lines from 1 to 5, and 9 to 11 which constitute the Barcelona metro network system, and stretch hundreds of kilometers , are handled by TMB company (Transports Metropolitans de Barcelona).
Lines 6, 7, 8 and 12 belong to FGC (Ferrocarrils de la Generalitat de Catalunya) and cross Barcelona.
From Plaça Espanya (L8), Catalunya (L6 and L7), and Sarrià (L12), this lines are in connection with the lines 1, 3, 5 and 9 of the metro of Barcelona.

The Barcelona metro line 1 extends of Hospitalet de Bellvitge until Fondo on a total of 30 stations among which 15 links towards other lines allows the access to numerous Barcelona inescapable such as las Ramblas.

The Barcelona metro line 2 extends of Paral-lel until Badalona with a total of 18 stations among which 8 links towards other lines allows the access to numerous of inescapable of Barcelona such as Barcelona's bullrings.

With 26 stops among which 16 correspondences from Zona Universitaria station to Trinitat Nova, the Barcelona metro line 3 guides you at the foot of the most beautiful places and parks such as the park Guell.

The line 4 (yellow) of the subway of Barcelona wich along Beaches and cross the Gothic district, passes through 22 stations among which 8 links. It gives access to great monuments and places such as the Cathedral.

From Cornella Centre station to Vall d'Hebron, the line 5 of the metro of Barcelona consists of 25 stations and 13 correspondences. The line 5 also leads to the feet of the Sagrada Familia , the Paseo de Gracia and Diagonal.

From Plaça Catalunya too, the line 7 which consists of 7 stations to Avinguda Tibidabo gets to the foot of the Ramblas of Barcelona, Gracià district, and brings you closer to the Barcelona amusement park Tibidabo.

From Barcelona Plaça Espanya to Moli Nou - Ciutat Cooperativa, the line 8 gives access, among the great monuments and places of Barcelona, to Montjuic district and the Espanyole stadium.

The line 9 that extends from La Sagrera to Can Zam for the northern part and from Zona Universitaria to Aeroport T1 for the southern part is the Barcelona metro line wich lead to Barcelona airport T1 and T2.

From La Sagrera station to Gorg station, the line 10 of the Barcelona metro has only 6 stations and shares part of its route with line 9.

The Barcelona metro line 11 travels from Trinitat Nova station to Can Cuiàs and has links with lines 3 and 4. The line 11 has only 5 stations. 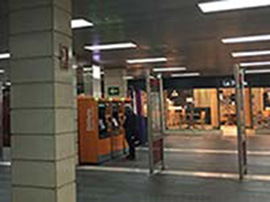 From the ticket valid only for an individual journey to the card valid during 1 to 5 days, from zone 1 to zone 6, to individual and many people tickets, discover how to adapt the Barcelona metro tickets prices to your needs.

T-casual : Metro card of 10 trips in Barcelona's transport system ;
T-familiar : 1 return trip for 4 people, Great for Family Travel ;
T-Grup : Discover Barcelona as a group, 70 journeys to share ;
T-usual : Subway card valid for 30 days for personal use ;
T-Dia : Visit of Barcelona in 1 day, 24 hours of unlimited transportation ;
Hola : Itinerary from 2 to 5 days to discover Barcelona by metro. 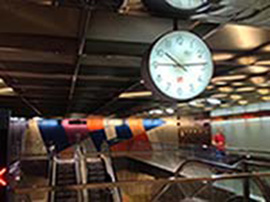 To face the Covid, Barcelona metro timetables have been changed until further notice. Currently, the Barcelona metro runs from 5 in the morning until midnight, from Monday to Sunday. The uninterrupted service from Saturday to Sunday is temporarily interrupted.
Wearing a mask is obligatory in the entire Barcelona metro network ; hydroalcoholic gel dispensers are available at the metro entrance.

From the airport to Barcelona city

Among the different modes of transport that you can find in Barcelona airport el Prat, the metro line 9 will lead you to Barcelona city.
Only few minutes away from Barcelona centre, the line 9 will bring you closer to the most important monuments. The Barcelone metro ticket price to get to Barcelona from airport T1 and T2 is 4.60 €.

From cruise port to metro

Stopover at the port of Barcelona - Itinerary

Arriving to Barcelona by train

Travel to Barcelona by train

Your train has just arrived on one of the platforms at Sants station. ; You are in the middle of Barcelona.
To start your visit to Barcelona by metro from Sants station, you can choose between line 3, which takes you to many sites to visit such as the Port Vell, the Ramblas, the Gothic Quarter or the Guell Park, and line 5, which takes you directly to the foot of the Sagrada Familia and the Camp Nou among others.

Barcelona train station - How to get

Liven up your holidays in Barcelona

The hundreds of species that share the Barcelona Aquarium take you to the depths of a world as magical as it is mysterious.
Litle trip in the aquarium marine depths

With more than 99,000 seats, the FC Barcelona Stadium is one of the largest stadiums in Europe. Come and experience the Camp Nou atmosphere.
FC Barcelona Camp Nou stadium visit

With more than 2000 years of history distribuated in 101 km2 of avenues, allays, places, and parks, the capital of Catalonia contains treasures of exceptional architectures. Middle age, the renassance, and modernism, who can't be unnoticed between the sea and mountains of Barcelona.
With the metro of Barcelona, go to discover the kingdom of the most popular architect in the history of Spain, Antoni Gaudí, among some of which monuments of Barcelona such as the Sagrada Familia, the Casa Batlló, the Palau Guell, the Pedrera and the park Güell, are classified world heritage of the humanity by the UNESCO. 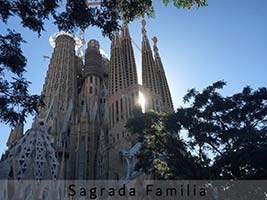 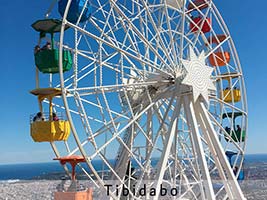 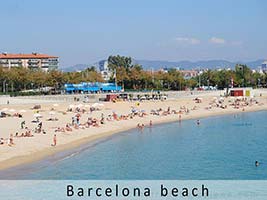 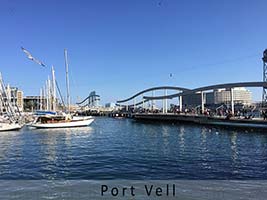 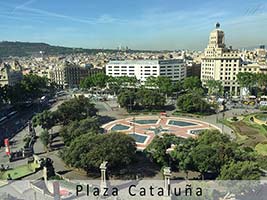 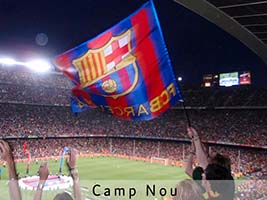 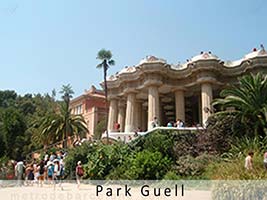 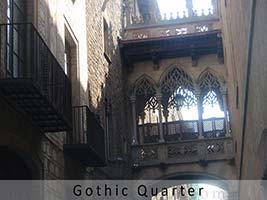 Questions most asked on Barcelona metro

Rates, location, schedules, how and where to go, in order to help you, and to answer your questions as quickly as possible, we feel on our information forum on the metro of Barcelona the most frequently asked questions.

At what age does a child pay for the metro in Barcelona ?
A child pays for the metro from the age of 4.
How much does a child's subway ticket cost ?
The child pays the same price as an adult from 4 years old.
Can we share the 10-trip card (T-Casual) with several people.
the T-Casual metro card cannot be shared at the same time. If 2 people make the same trip, each person must have their own card. If one person uses the card in the morning for example, another person can use the same card in the afternoon.
How do I know which routes remain on my T-CASUAL ?
At each validation the balance is updated on the back of the T Casual.
Are Hola BCN cards shareable ?
No, the Hola BCN cards are single-sided.
Can we use the Hola Bcn card from Barcelona airport ?
Yes, the Hola Bcn card includes travel between Barcelona and the airport.
Does the T-Casual metro card allow to go to the airport ?
No, T Casual does not provide access to Terminals 1 and 2 of the airport.
Can we buy metro tickets from Barcelona airport ?
Yes, there are ticket dispensers at the stations in terminals 1 and 2 of the airport.
How the metro 10-trip card works ?
Cannot be used by several people at the same time, the 10 routes of the T-Casual metro card give access to the public transportation of the different integrated operators in Barcelona. This card is not valid for access to the stations in terminals T1 and T2 of Barcelona Airport.
Which metro card to choose for 3 people ?
Unlike the T-Casual, the T-Familiar metro card can make several users travel simultaneously. The T-Familiar card, valid for a period of 30 days from its first use, does not allow access to terminals T1 and T2 of the airport.
One month subscription metro Barcelona ?
La T-Usual is a metro ticket for personal use valid for all your journeys for 30 days in the transport of the integrated operators as from its validation ; this ticket allows access to the airport's subway stops.
Itinerary 1 day in Barcelona, which ticket to choose ?
Ideal for a 1 day sightseeing tour in Barcelona, this metro card, valid for 24 hours, gives unlimited access to Barcelona's transport system. (metro, tram, bus TMB, train FGC et trains Rodalies). The T-Dia single-person card allows you to make a trip to Barcelona airport.
barcelona metro ticket 2 days
For tourist itineraries of 2 to 5 days in Barcelona, Hola BCN metro cards give unlimited access to the metro, bus (tmb), tram, Montjuic funiculair and trains FGC and Rodalies (zone 1). Perfect for stays of 2 to 5 consecutive days in the Catalan capital, These cards allow access to the T1 and T2 terminals of the airport.

How many metro lines in Barcelona
The Barcelona metro consists of a total of 12 lines managed by two companies. Subway lines 1 to 5 and 9 to 11 are handled by the TMB. (Transports Metropolitans de Barcelona), and lines 6 to 8, and 12 are run by the FGC (Ferrocarrils de la Generalitat de Catalunya).

Which metro to visit Sagrada Familia
To get to the Sagrada Familia, the most visited monument in Barcelona, you have the choice between metro lines 2 and 5 that will take you to the Sagrada Familia metro station.
From Barcelona airport to the Sagrada Familia, line 9 to Collblanc and then line 5 to the station named after the famous monument.
Stopover at the port of Barcelona, the closest metro station to the cruise port.
When your boat calls at the port of Barcelona you are not very far from the city center. Geographically, you are located between Monjuic and las Ramblas. A bus shuttles between the quays of the port and the beginning of the Ramblas where you have the Drassanes line 3 metro station which will guide you to a very large number of tourist sites in Barcelona such as Plaça Catalunya, Guell park, Montjuic and FC Barcelona Stadium.
Barcelona how to get from the airport to the city center
To get to Barcelona city centre from the airport, take the line 9 Sud which runs to terminals 1 andt 2 and take the line 1 at Torrassa stop. By the red line (1) you can get to Plaça Catalunya and more turistics places in Barcelona city centre such as the Gothic Quarter or the Passeig de Gracia.

To go from Barcelona to the airport, go the other way around and reach terminals 1 or 2 of Barcelona airport el Prat you will have to retrieve line 9 South which is in correspondence with line 8 (Europa Fira), 1 (Torrassa), 5 (Collblanc) et 3 (Zona Universitaria).

Barcelona metro which line to 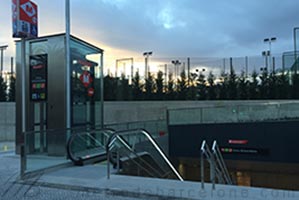 Every Barcelona metro stations having its own personality, depending what you'll find there. get an idea right now about what you could discover where you 'll down. From Barcelona metro ticket prices to timetables and map, with metrodebarcelone simplify your visit of Barcelona.