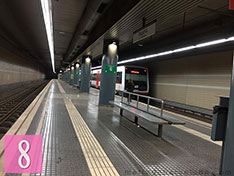 From the foot of the Montjuic hill to the magnificent Colonia Guell, the line 8 of the Barcelona metro consists of 11 stations that connect with the lines L1, L3 and L9.

Via the line 8 of the Barcelona metro (FGC) you can get off at the "Plaça Espanya" station which gives access to a wide range of Barcelona's must-see attractions such as the Montjuic hill and its treasures or the shopping centre housed in the city's old bullring. 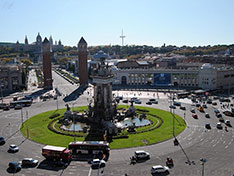 Located at the access point that leads to the hills of Barcelona, the Plaça Espanya (Spanish Steps) opens the doors of Montjuic to you. A huge roundabout that acts as a communication axis between several of Barcelona's main avenues and leads to the city's old bullring. 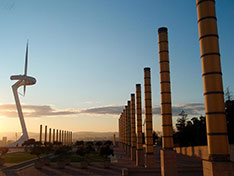 From its 184-metre height, which houses the remains of the 1992 Olympic Games as well as beautiful parks and museums, Montjuic Hill is one of Barcelona's most visited tourist sites, offering exceptional panoramic views.

Walk on Montjuic heights
Up to the top by cable car 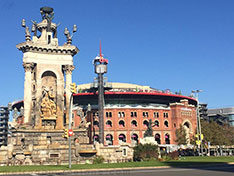 Inaugurated in 2011, Barcelona's former bullring at the foot of Plaça Espanya has been converted into one of the largest shopping centres in Barcelona. 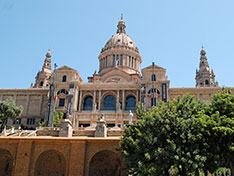 Converted into Catalonia National Art Museum in 1934, the Barcelona national palace, built on the 1929 Universal Exhibition occasion, houses one of the most complete collections of Romanesque art in the world. 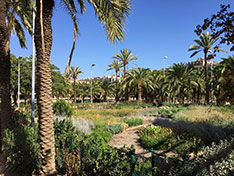 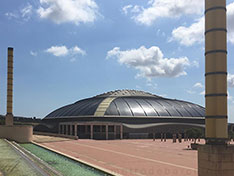 The Palau Sant Jordi was one of the sports venues built for the 1992 Barcelona Olympic Games. Nowadays, The Montjuic multipurpose hall is often used as a concert and performance hall. 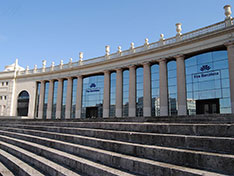 All year round, congresses, fairs, conferences, shows, events, and many international trade exhibitions are held at the Fira de Barcelona; FIRA de Barcelona the exhibition centre of Barcelona. 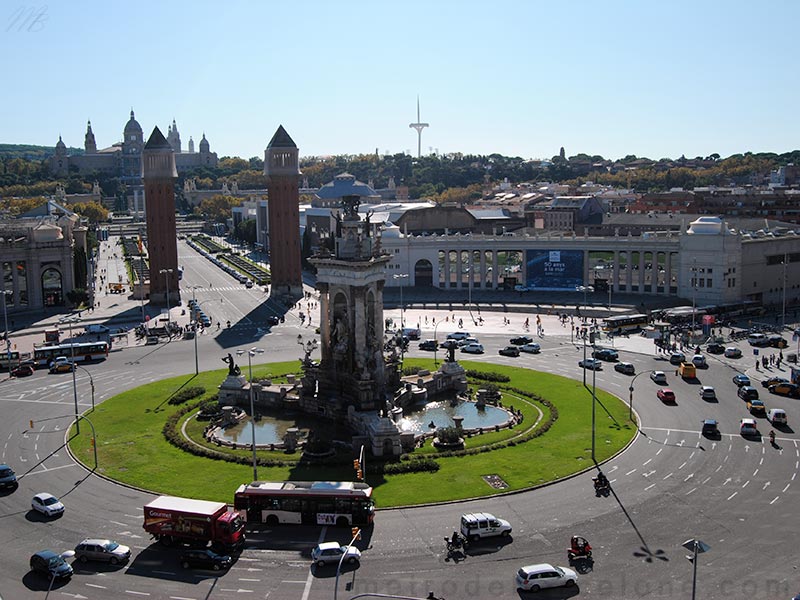 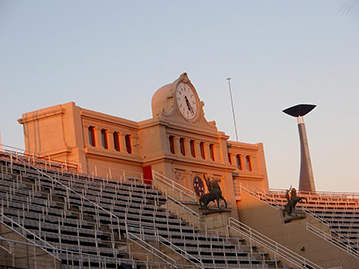 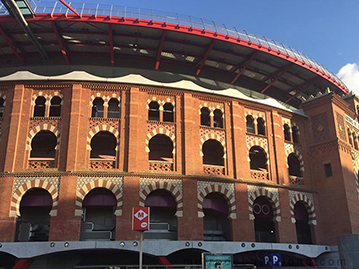 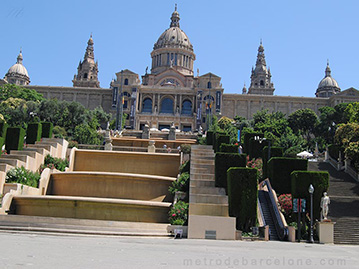 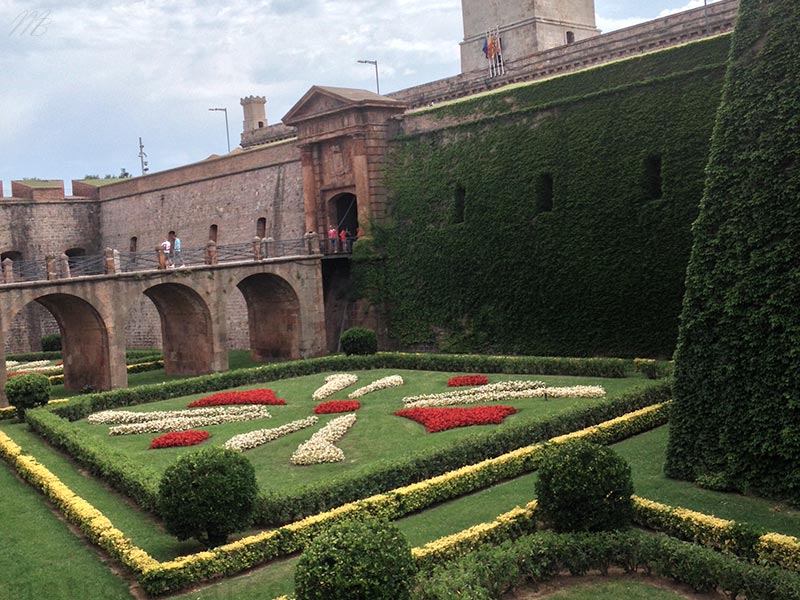 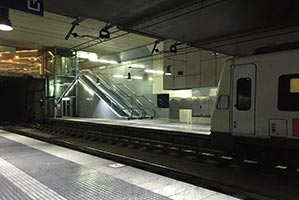 From Plaça Espanya, line 8 of the Barcelona metro goes to nearby Barcelona cities such as Hospitalet de Llobregat, Cornella de Llobregat, or Sant Boi, and leads to the crypt of Colonia Güell located in Santa Coloma de Cervello.